How to Outline Your Crime Novel: Modifying the Hero’s Journey

The crime genre covers a wide range of subgenres from whodunit, to howdunit, to whydunit. The general premise is the game you played as a kid, cops, and robbers.

This article focuses on outlining a howdunit, where law enforcement procedures lead the protagonist toward apprehending the criminal.

The crime genre has crossovers with mysteries and thrillers, but in crime you want to focus on the cat-and-mouse play between the detective and the criminal.

If you’ve read in the genre, and you should, you know that however much you plan for twists and surprises, the characters lead the story.

Characters are what hook and engage readers.

Save yourself confusion and grief by setting up a character bible. List your characters and their details in one place where you can easily check details like hair color, who married whom, and relationships to other characters in your story.

Then flesh out all your supporting characters:

Outlining your story gives you a framework, but strong characters with motivations, strengths, and weaknesses are the essential vehicles for telling the crime story.

Use Joseph Campbell’s Hero’s Journey modified into your sleuth’s crime story to outline your novel. 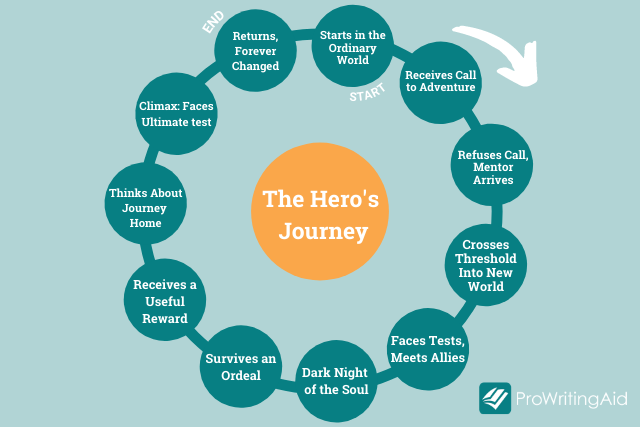 Follow the beats outlined in the graphic above to go from beginning to the return to your hero’s world. The beats outline the story progression but allow you freedom to construct your crime and the hero’s interconnection with evidence and other characters.

From beginning to end, the beats lead you through a storyline that keeps readers turning pages.

Let’s investigate how to adapt the Hero’s Journey outlining method for a crime novel.

Start with the Detective and the Crime

In the beginning, introduce your detective in their ordinary professional world. Your protagonist detective is your reader’s guide through the story. Give the reader reasons to empathize with your detective.

Crime novels focus on the pursuit of the villain, so spend one or two scenes introducing your detective and then disrupt their world by introducing the crime. They are hired to solve the crime, assigned the case, or drawn into the investigation somehow.

This should include one clue the detective receives that will play a role later in the mystery.

If the hero is a detective, the refusal to the call occurs when he/she doesn’t want the case, or fears he or she won’t be given the case. Often, the refusal of the call is not the decision of the hero, but of their superiors or those around them.

Set the sleuth on the path toward solving the mystery. Offer plausible suspects, all of whom appear to have had motive, means, and opportunity to to commit the crime. Select the most likely suspects, and have the sleuth question them. One of these suspects will turn out to be the actual perpetrator.

At approximately quarter-way through the novel, something should occur which makes it clear to the reader that the crime is more complicated than originally thought. You can hint to allow the reader to actually see possibilities not yet known to the sleuth.

Direct the investigation toward a conclusion which later proves to be erroneous. Usually, this conclusion and its failure do provide the sleuth with some new information that sets him on the path to the correct answer, or at least the next try/fail. This is a good place for a clue. The sleuth does not realize is important, but pays off later.

READ ALSO:   How to Get Your Book Idea Validated 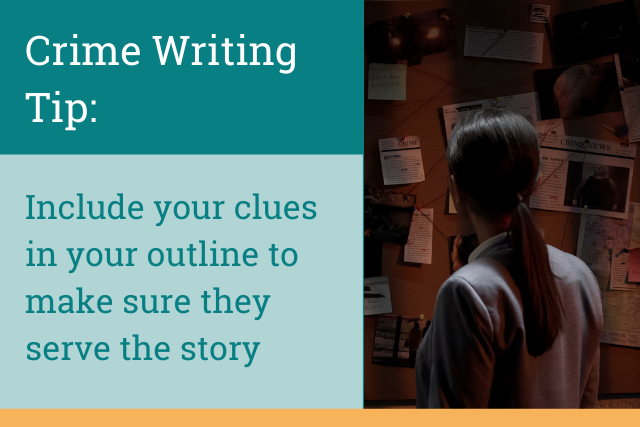 Wondering what the difference is between clues, evidence, and red herrings? Click here to read our guide and find out how to use each device.

Reveal facts about suspects through interrogations and the discovery of clues.

Develop a sense of urgency. Raise the stakes or make it evident that if the mystery is not solved soon, there will be terrible consequences. This could be prompted by the flight or disappearance of one or more suspects.

Expand the investigation to put suspicion on other characters.

Information gathered through interviews or the discovery of physical evidence should point toward the solution, although their relevance may not yet be apparent.

Reveal your sleuth’s background by developing the sub-plot. Show the reader what drives the protagonist, what haunts or is missing in his or her life.

Make it clear that the sleuth has a personal stake in the outcome, either because of a threat to his or her life, or the possibility of revelation of matters deeply disturbing to the protagonist on an emotional level.

For the second time, the sleuth empathizes with the victim or their family, this time related to their own deep-seated issues.

Building Towards the Climax of Your Story

At the mid-point of your novel, change the focus and scope of the investigation. This is the pivotal point in the story where it becomes evident that the sleuth was on the wrong track.

Something unexpected occurs, such as the appearance of a second body, the death of a major suspect, or discovery of evidence which clears the most likely suspect. The story takes a new direction.

Reveal something about the victim, something that also reveals the true motive of the killer. The sleuth and others have probably been wrong about the motive until this point. The other investigators may still be wrong, and not believe our protagonist, therefore isolating him in his investigation.

Isolation is key to ramping up tension. The main character is the only one with the real solution to the crime, and may be the only one pursuing it.

Where Did They Go Wrong?

The sleuth reviews the case to determine where he or she went wrong.

Reveal the chain of events which provoked the crime.

The crucial evidence overlooked early in the story appeared to have little consequence at the time it was first disclosed. But now, that evidence takes on new meaning with new information.

The sleuth (and perhaps the reader, if a keen observer) becomes aware of the error which remains undisclosed to the other characters.

Solving the Crime and Tying Up Loose Ends

The Sleuth Has Answers

Your sleuth weighs the evidence and information gleaned from other characters.

Based on what only he or she now knows, the sleuth must seek positive proof to back up the yet undisclosed conclusion.

At this point, the reader generally does not know the answer.

Now reveal the real solution to the reader. There is often a pursuit here where the sleuth chases the villain in one way or another. 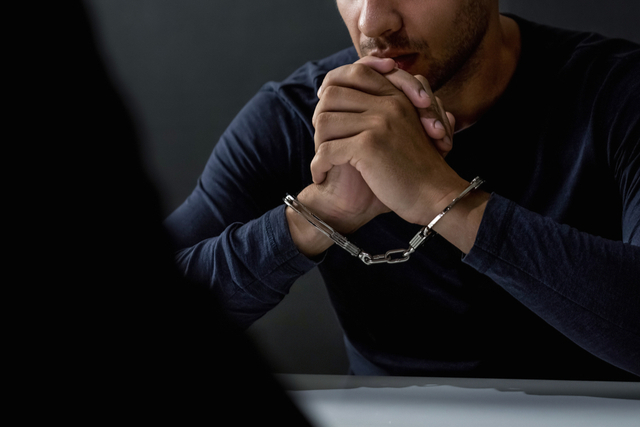 The climax is the dramatic confrontation between the sleuth and the perpetrator in which the sleuth prevails. The more “impossible” the odds have been, the more rewarding the climax will be.

The resolution is the revelation of clues and the deductive process which led to the solution. Establish that the case has been solved and justice has been served to the satisfaction of all involved (except the villain).

What is the lesson learned, the character trait developed, or the heart won? How does the story resolve in a positive way for the sleuth?

The beat outline is a framework for your crime novel. Using it will keep you on track to satisfy crime reader expectations.

But, there’s more to creating a great crime novel than story beats. Your imagination fills in the “story.” As you create your characters, evidence, and clues, and the interactions among the characters, you’ll create a story that is uniquely yours.

Interweave characters, setting, and plot to create emotional hooks for your reader. Your reader won’t care about the story until they care about your characters, especially your detective. Create a strong motivation for your sleuth to want to solve the crime. And, give your detective internal needs that drive his or her actions. Play off between the wants and needs to keep your reader caring.

Use the beats to ensure your crime novel meets reader expectations for the genre. Create character interactions that keep your reader involved.

Are dreams important in writing? Absolutely. They can change the plot, characters, and make or break a story. Explore these ways to use dreams in your book.

The Secrets of Successful Collaborative Writing

Writing does not need to be a solitary pursuit. Read this interesting interview with tips from a team of women who work together to publish books.

Selling print copies of your book online often nets a very small royalty. You can make significantly more sales and profit per book by selling in person.

The Five Hats of Self-Publishing

The choice to publish your book yourself requires you to do much more than just write your book. You’ll also need to be prepared to perform these five functions.

Please Steal These Ideas! 30 Things to Write About