Behind the Scenes in Movies and Books The most recent behind the scenes I’ve watched are Jurassic World: Dominion and Spielberg’s Westside Story, filmed in Brooklyn. Fascinating! Of course I watched Westside Story again to see the places they used. I loved all of the recent Paul McCartney documentaries, listening to how a genius songwriter came up with one iconic song after another. Songs that were the backdrop for generations of music lovers.

I’ve seen every King Kong movie there is, and Skull Island is my favorite. You can google behind the scenes info: 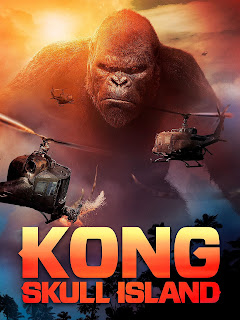 Obviously, some of my favorite shows are the programs on how movies are made. It used to be all we ever saw were director’s cuts or bloopers at the end of videos, but the Internet has made behind-the-scenes accessible. Those looks into the development of a movie always leave a big impression on me. Sometimes after learning how over budget a production is, or the how the blue screen effects were done, I go see the movie just to find out how the finished product came out. Even if I don’t have the slightest interest in a movie in the first place, after I watch one of those programs, I have to see how all the special effects and the computer imaging and fake rain and snow and all that stuff came together into 90 minutes of near-perfect cinematography and sound and lighting. The process absolutely intrigues me. 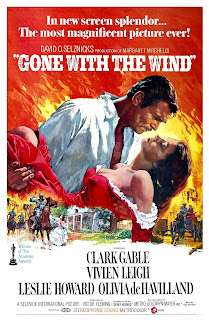 Did you know that in Gone With the Wind, during the scene where Scarlet walks among the wounded soldiers on the battlefield, if one slows the film enough and knows where to look, Judy Garland, dressed as Dorothy in The Wizard of Oz, can be scene peeking around the backdrop? They were filming side by side on the same sound lot. 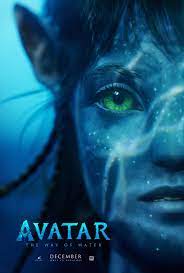 I’m an Avatar geek (impatiently awaiting the new one! I just saw the trailer in the theater), and the CGI technology is one of the most amazing things I’ve seen done in film—that anyone has seen done to date. I had to force myself not to buy the second release with extra footage, because I already owned the first version. When there are no behind the scenes extras on a DVD I’ve purchased, I feel cheated–and you don’t get those features buying amazon movies or watching them on Netflix. So I still purchase DVDs here and there just for those.

Even seeing a movie first and then watching the how-to program fascinates me, but I’d rather know the behind the scenes first, for some reason. Then I can sit and pick out all the places where I know they did a particularly wonderful job—or had an especially difficult time.

When we’ve finished watching a new movie, my husband cringes, because he knows I’m going to go into the menu of a DVD or online and watch the behind the scenes trailers and clips. I’ve learned a lot by seeing how scenes are created and changed and how actors get into the roles of their characters. I think one reason why that intrigues me so, is because everything that looks so polished and perfect in the finished product, was actually grueling, laborious, often times FRUSTRATING work behind the scenes.

I remember for example, in the making of the original Jurassic Park, every time that huge tyrannosaurus—the one that broke through the fence and came after the kids in the car—every time it got wet in the rain scenes, the mechanical parts stopped working. The crew would have to stop, dry it down, wait, and start over. Hours and hours and hours, and in some cases DAYS of painstaking work just getting a few perfect shots.

It’s not so unlike what we writers do. Other writers and all the readers see us with our good clothes on, our hair fixed, attending meetings and conferences, and book signings, with stacks of the glossy finished product in front of us. But how many hours of unglamorous work went into the finished product? I hate to even think how much I’ve made an hour on some of my projects, because when I think about it too hard, the more difficult it is, the more time it takes. And the more time it takes, the less I’m making per hour.

Finished books can represent years. They also often represent other projects that fell by the wayside in between. Not every book that a writer proposes sells. I know a lot of authors who claim they sell about one out of every three stories they come up with.

A book takes anywhere from a few months to several months to complete. Some writers take a year or more. And those words don’t flow out of our brains in perfect order. Great scenes don’t just happen without plotting and planning and playing with dialogue. I usually write a story from beginning to end. I’m a very linear writer. But sometimes I have to go back and add things I belatedly realize are needed. Many authors write in layers, with dialogue first and then go back to add body language and setting. Others write scenes out of order and then connect them like a puzzle. It always amazes me how the process differs with each person—and with each book. I don’t write every book the same way. And then there’s the middle muddle, and all kinds of things that can get a writer off track. 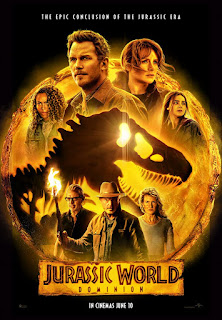 I’ve never asked other writers about this, but most often my books leave an impression on me—an imprint of what was happening in my life at the time it was written, be it good or bad. I remember which book I was writing when something significant happened in my life. While we’re bringing characters to life, we’re simultaneously living life.

READ ALSO:   How To Journal Daily: A Guide To Self Discovery

I think I can imagine what it’s like when the director, producer and crew of a movie watch their finished product for the first time. They remember how that scene came off beautifully after the boom was repaired or how amazing it is that a shot was edited to remove a dog that shouldn’t have been there. And then I imagine they look at the film with fresh eyes and marvel at how all the parts and players came together in a satisfying and rewarding piece of work.

That’s how a book feels, too. Satisfying and rewarding, even though I know all the things that happened behind the scenes. I consider myself one of the most fortunate people in the world to be doing what I love and getting paid for it. Seriously, how many people can work in their jammies if they want to?

Do any of you enjoy seeing behind the scenes as much as I do? As a writer, one of the most important things to do is write. But what can you do when you’ve run out of words? Check out these ideas to boost your productivity. In any creative endeavor, including writing a book, the risk of burning out is significant. Explore these five quick tips for dealing with that struggle. If you thought once you finished your novel that it would sell itself, think again. As soon as possible, you need to start marketing your book. Before submitting a manuscript to an agent, be sure to review these five issues that kill any agent’s interest in reading more than a few sentences of your story.

How to save a bundle on editing costs – without sacrificing quality Have Writing Anxiety? Intuitive Writing May Be the Answer.