5 Ways to Keep Your Protagonist Proactive Get your protagonist up off the couch and into the story.

When I was six, I wrote a series called Dog City that followed the adventures of a team of dog archaeologists as they searched for a lost city of, you guessed it, dogs. It was all of four books, bound in aged cardboard from the backs of legal pads, and custom illustrated.

Laugh all you want, but that series had a more proactive protagonist than the “real novel” I wrote twenty years later.

Those industrious little puppers had goals—to find that lost city and fetch a rare magical item that would save the world from evil dinosaurs (it really should have been mailmen, right?). My “real novel” had a protagonist who was being manipulated by gods for a variety of reasons, and there was a prophecy she didn’t want to be a part of, and some romance, and an evil sorcerer, and a curse…you get the picture.

Even written in crayon, the dog story was better because it had a protagonist actively trying to achieve a goal and resolve a problem, and not just a protagonist who only acted when something else forced her to. My six-year-old self knew what the story was about and who was driving that story. My older self did not.

That’s the difference between a proactive and a reactive character, and why some novels flatline even though the scenes are filled with exciting problems.

If your protagonist isn’t making the story happen, then why are they the protagonist?

A protagonist who sits around waiting for things to happen or just goes along for the ride when things do happen, isn’t doing anything to help advance the story. It might seem like it because they’re in the middle of everything, but if you took them out and put any other character in there, would things still unfold the same way?

With a reactive protagonist, the answer is often “Yes,” because the plot is happening to them, not because of them. They’re not making any decisions that only they could make, based on motivations unique to them. Anyone faced with X problem would make Y choice, because the author set it up that way so Z would happen. The character is irrelevant to how the plot turns out.

5 Ways to Have Your Protagonist Create the Plot

1. Give the Protagonist a Goal that Matters to Them

The struggle to achieve a series of goals is what creates a novel’s plot. In every scene, the protagonist should want something (a goal connected to a problem) and work to get that goal. To be clear, avoiding something is also a goal, such as “try not to get killed” or “not getting emotionally hurt again.” Maybe they want to find something, or tell someone something, or create something, or escape something, etc. Your potential goals are limitless; they just need to be something the protagonist wants.

READ ALSO:   Setting Yourself up for Success Before You Write a Single Word

The second part is why they want it. It’s the why that really makes a protagonist proactive, because their actions stem from personal motivations to see the problem resolved. Without those motivations, the protagonist is just doing what plot tells them to.

2. Make the Protagonist Part of the Action

If you took your protagonist out of a scene, would the event in the scene still occur? Would it change how the scene unfolded? If not, that’s a red flag your protagonist isn’t adding anything to the scene, and plot is happening regardless of what they do.

A proactive protagonist is part of the action, even if they’re reacting to and trying to deal with something that’s just happened. They might fail, or make the wrong decision, but they’re not simply sitting off to the side observing or waiting for others to act or tell then what to do.

A proactive protagonist tries to direct how scenes turn out. Their decisions to act—or not act—have consequences on how the plot unfolds. They might screw it up, or things might go horribly wrong, but they’re trying to make a change through their actions. It’s that motivation to make a difference, or cause a change that matters.

If your protagonist’s actions have no effect on the outcome of a scene, or the major events of the plot, there’s a good chance they’re not doing enough in the story to cause the story to happen.

4. Give the Protagonist Specific Expectations that Drive the Story

A protagonist who goes somewhere “to see what happens” with no expectations of what that might be is a sneaky type of reactive protagonist. It seems as though they’re being proactive since they have a goal, but they’re not actually trying to do anything. They’re simply waiting for the answer to fall out of the story and into their lap. And that usually happens, because the plot says they need to discover that answer in that scene for the plot to work. But there’s nothing specific that causes them to go where they need to go or do what they need to do.

The protagonist thinks, “Gee, I have no idea what to do next, so let’s go to the crime scene and see what happens.” And when they do, they randomly walk about and conveniently find a clue they didn’t even know they were looking for (this holds true for any genre, even those without crime scenes).

READ ALSO:   How to Have Stronger Character Beginnings

If your protagonist spends a lot of time “hoping to find a clue” about what to do next, try giving them a more concrete plan to work with. Give them expectations of what they specifically hope to find, or a specific reason they’re doing whatever it is they’re doing. “Let’s search his office and see what we find” is weak and reactive, while “Let’s search his office to find evidence he was at the bar last Saturday when the murder occurred” is proactive. There’s a specific goal.

5. Let the Protagonist Make Decisions that Affect Where the Plot Goes

Proactive protagonists make decisions that affect the plot, even if they have lousy options to choose from. Having to make a choice forces the protagonist to act, and that action moves the plot and story forward. If your protagonist rarely chooses the next step, or the choices aren’t really a choice (because there’s only one real option), you might have a protagonist who isn’t taking control of the plot.

If the answer on what to do next is obvious or feels forced, readers won’t wonder what will happen—they can see it, and see what’s coming a mile away (which is usually boring). If it makes no sense at all, readers won’t understand how the protagonist got from Point A to Point B. But when readers aren’t sure how a decision will change the story, and want to know where a choice might lead, they become curious to see what happens next. That keeps them reading and enjoying the story.

A protagonist who’s driving the plot creates a more compelling plot, because the questions they have and the answers they seek will also be things the reader wants to know.

Showing what the protagonist wants, why they want it, and what’s in the way of getting it not only creates the plot, but generates unpredictability and uncertainty for readers, which piques their curiosity. That keeps them invested in the story.

A proactive protagonist doesn’t have to be in control all the time, but even when things are out of control, they’re still trying to get something done. They may just be puppers in pith helmets digging in the sand, but make sure events are happening because of what your protagonist does.

How proactive is your current protagonist? Did you think of any new ways to have them steer the plot while you were reading? Do you have any story problems you want to discuss? Please share them down in the comments!

READ ALSO:   Why a Smart Story Location Matters--and How It's about a Lot More Than Setting

Janice Hardy is the award-winning author and founder of the popular writing site Fiction University, where she helps writers improve their craft and navigate the crazy world of publishing. Not only does she write about writing, she teaches workshops across the country, and her blog has been recognized as a Top Writing Blog by Writer’s Digest. She also spins tales of adventure for both teens and adults, and firmly believes that doing terrible things to her characters makes them more interesting (in a good way). She loves talking with writers and readers, and encourages questions of all types—even the weird ones.

Find out more about writing at www.Fiction-University.com, or visit her author’s site at www.JaniceHardy.com. Subscribe to her newsletter to stay updated on future books, workshops, and events and receive her book, 25 Ways to Strengthen Your Writing Right Now, free. It might not seem fair, but even you write the best book ever, you still have to market it. Want to spend less time marketing? Then explore this article. Discover some great tips on how to handle the challenges of managing multiple manuscripts while pushing all of them toward publication. Whether you are at the beginning of the year or not, these three tips are excellent ideas to help you move ahead with your writing goals. There are so many ways to market your books successfully, but how do you know when you’re doing the things that will be successful for you? 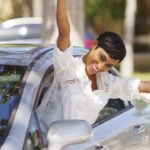 Research Your Novel on a Rambling Road Trip 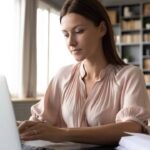